I spent my elective in St. Martin de Porres Catholic Hospital in Njinikom, Cameroon.  St. Martin de Porres Hospital is on a Catholic compound that also contains a convent, orphanage, schools and outreach programs.  At the hospital, there are currently 2 married American missionary family physicians, Dr. Brent Burket and Dr. Jennifer Thoene, a Cameroonian general practitioner, Dr. Eugene, a Guinean Ob-Gyn, Dr. Dabo, a Cameroonian general surgeon, Dr. Foku, and a Cameroonian orthopedic surgeon, Dr. Lazare. Brent and Jennifer, with whom I primarily worked, moved to Cameroon in August of 2013. Prior to living and working in Cameroon, they have worked and lived in Ghana and Guatemala. They have 4 children (2 biological and 2 adopted- one from China and another from Ethiopia). They work through an organization called Mission Doctors Association, a Catholic organization.

Njinikom is a small town in northwest Cameroon. The majority of people in Njinikom speak Pidgen English or the local dialect Kom. Some people speak and understand English, fewer speak and understand French. Njinikom is in the hills. I landed in Douala after 26 hours of flying and the next day spent about 9 hours driving past banana, plantain, pineapple, and papaya plantations to arrive in Njinikom. 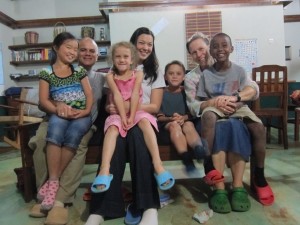 My first 2 weeks were spent with Brent and Jennifer on the inpatient medicine service. We were responsible for the male, female and children’s wards and any newborns that were ill. My days on inpatient medicine consisted of rounding on the inpatients with either Brent or Jennifer in the morning, then going to the outpatient department (OPD) once done with rounds. The most common diagnoses seen for inpatients were malaria, typhoid, pneumonia, stroke, diarrhea, tuberculosis and complications of HIV. Diagnoses were difficult as we were limited in the labs that were available (electrolytes, blood count, malaria antigen, Widal test, stool O&P, HIV), in how reliable those labs were, and in the imaging available (ie. chest x-rays taken with patient’s in prone position, EKG, portable ultrasound that was brought by Brent & Jennifer from the US). I realized quickly that I didn’t know who was badly sick in this setting.

I was called one night as a 26 year old patient was being resuscitated. The patient was admitted for pneumonia and anemia. His hemoglobin was 5 and he had been transfused 1 unit of blood (whole blood donated by a family member) and was on antibiotics. We had seen him that morning and he was talking and in no respiratory distress. We checked an HIV test which was positive. That evening, when I arrived, he was non-responsive, breathing heavily and hypotensive. The night nurse had put him on an oxygen concentrator. I told the nurse to bolus him fluids given his hypotension. The nurse said that his lungs sounded wet. I thought he was septic and needed volume and in the US we can just intubate if someone’s lungs get flooded. I thought about it and realized that we couldn’t intubate him and I didn’t know if I should bolus him or not. I asked about giving him more blood. The nurse said that there was no blood. I knew we had a very small supply of blood saved in the lab and I wondered if the nurse was trying to tell me that there was no hope in saving the patient and that it would be a waste of the precious supply of blood we had. The patient’s breathing became agonal. The nurse put up a curtain so that the other patients in the ward and their families would not have to watch and the patient died. I would not have predicted him dying that morning. He was young and just had pneumonia which was being treated, but having HIV changes everything. I also realized that I rarely actually watched someone die in the US. Usually, we know someone is dying and they were on comfort care and then I am called to pronounce them.

My last week I worked with Dr. Dabo, the Ob-Gyn to get some OB experience. Brent & Jennifer, Dr. Dabo, Dr. Foku, and Dr. Lazare rotate who is responsible for cesarean sections. While I was there, Brent and Jennifer were unfortunately not scheduled to be responsible for OB, so I decided to work with Dr. Dabo. It was a little difficult because his primary language is French and being from Guinea, he doesn’t really understand the US medical training system so it was hard for him to understand what a 2nd year resident would know.

We rounded on post-cesarean section patients in the morning and any antenatal complications. The normal vaginal deliveries are all managed by midwives. The midwives deliver all vaginal deliveries including breech presentations. They only call the doctors for complications such as hemorrhage, need for induction or augmentation, etc. I scrubbed for 4 cesarean sections while in Cameroon. I assisted in all 4 cases. Two of them were primary cesareans (one was done by Pfannenstiel by Dr. Foku and one done by Joel-Koen by Dr. Dabo). The other 2 were repeat cesarean sections and were repeat vertical incisions. Dr. Dabo did a lot of ultrasound in clinic (gyn and OB). We saw a lot of infertility consultations and many of the women had been exposed to Chlamydia. The only test available was an antibody test, therefore, it was difficult to know if Chlamydia was truly the cause or if she had only been exposed prior, therefore, most women got treated. 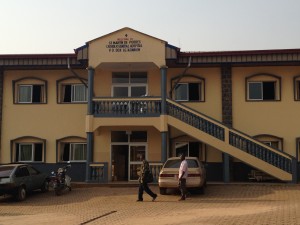 Overall, Njinikom was a great experience. It was my first time in the African continent and it was the most resource poor area I’ve ever visited. I encountered diseases that I’ve never seen and had to stretch my thinking and get creative when medications or tests that I was used to weren’t available. Brent and Jennifer were wonderful mentors and hosts. I lived just below them and ate dinner with their family every night. They truly were my family during my stay as I spent Christmas, my birthday, and New Years in Cameroon. I would recommend the experience for people that want to see what it’s like to work in Africa in a resource poor area. There is not a lot to do in and around Njinikom tourism-wise, but medically I learned a lot.

See more images of Cameroon below. 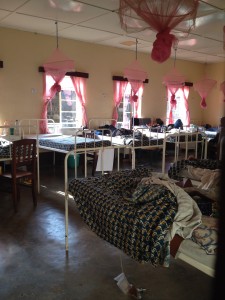 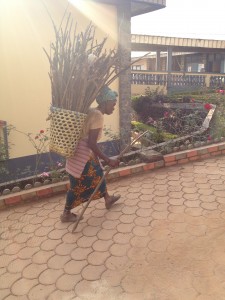 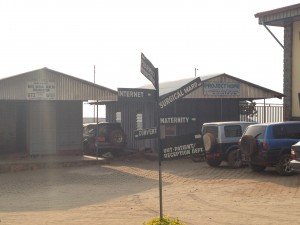 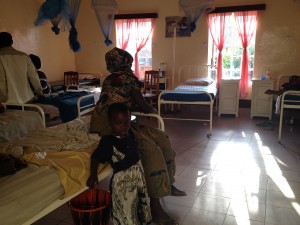 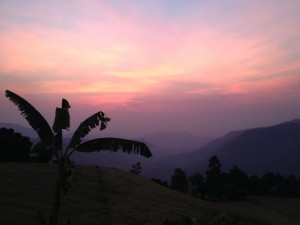