During my month in Malawi, I worked in HIV clinic, Kaposi’s sarcoma clinic, HIV Teen Club, cervical cancer screening clinic, inpatient peds wards, and in a rural northern region of the country on a community outreach and mentoring trip.

My first day was spent in Kaposi’s sarcoma clinic where we saw children with oral KS, severe lymphedema, GI involvement, and HIV-negative KS. If children are fortunate enough to have access to the central government hospital in the capital, they are able to get chemotherapy for KS, and many do quite well. 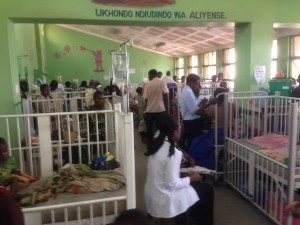 During my second week, I flew up north to Mzuzu with the mentorship team that works in rural health clinics to help strengthen pediatric HIV care. Some of the challenges addressed included HIV positive children lost to follow up, ARV stock outs, insufficient clinical staff, and dosing of pediatric ARV regimens.  At the local district hospital, we rounded in the ICU and used my VCMC ultrasound education (thank you Dr. Rutherford, Dr. David) to demonstrate evaluation of intravascular volume. This was particularly useful for our CHF patient who appeared to be in acute renal failure while the hospital had no serum chemistry available due to reagent stock outs and insufficient funds to purchase more.

Back in Lilongwe during my third week, I worked alongside Malawian clinical officers in HIV clinic, learning the first-line and second-line ARV regimens, (there are no third-line options), malnutrition treatment guidelines, TB prophylaxis, and malaria prophylaxis for HIV positive kids.  During my week on the inpatient peds team, we had many interesting cases including a girl with cryptococcal meningitis, on fluconazole and ampho-B, who underwent frequent therapeutic lumbar punctures to relieve her headache and vomiting – all without local anesthesia since it is a fairly limited resource.  We started a cachectic 20 year old HIV positive woman with a BMI of 12 on TB treatment. She had chosen not to take her ARVs for the preceding 12 months because she had moved to live with her cousins and did not want them to know she was HIV positive.  We saw numerous cases of severe pneumonia, malnutrition, diarrhea and TB.

Within the pediatric HIV clinic, there is a weekly VIA clinic (visual inspection with acetic acid) for cervical cancer screening. Instead of Pap smears, which are unrealistic due to cost and lack of sufficient pathology services, screening is performed by applying vinegar to the cervix and using gross inspection to identify acetowhite lesions. If a precancerous lesion is identified, cryotherapy is offered. Malawi has national guidelines, adopted from the WHO, which recommend all women be screened regularly from age 30-55. The country does not yet have recommendations for when to initiate screening in HIV positive women. I finished the rotation with a journal club presentation on cervical cancer screening in HIV positive adolescents, ending in a lively discussion on the optimal age to start cervical cancer screening in girls who are perinatally infected with HIV.

Despite the admirable slower pace of life in Malawi, the month flew by. It was a tremendous educational opportunity and would not have been possible without the generous support of the Ventura Family Medicine Education Fund. 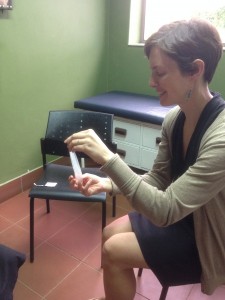 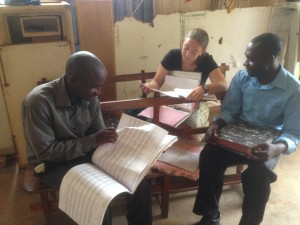 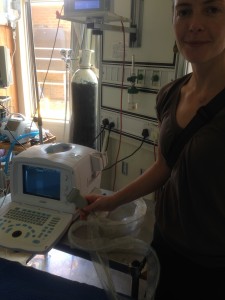